The Science Behind ‘Star Trek’

Uncovering the Truth Behind Beaming, Cloaking, and Impulse Power 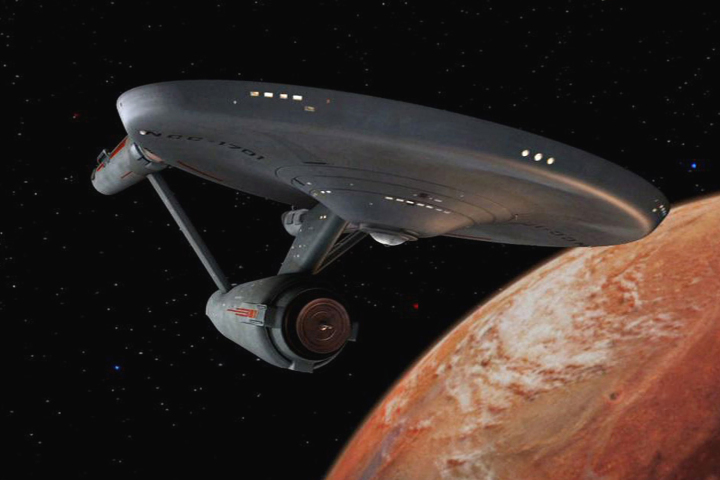 For years, Star Trek and other science fiction stories have captured the minds and imaginations of watchers across the world. Tales of adventure, battles, and exploration in space became all the rage, everyone dreaming of a future with lasers, starships, and alien wars. It all may seem too fantastic to be anything but a fantasy, but the truth is that this technology might be coming sooner than we think.

In the Star Trek universe, beaming is a technology used to move easily and quickly from place to place, a sort of teleportation. Supposedly, dematerialization converts an object or being into a pattern of pure energy, which is then rematerialized into normal matter in a different location. This may seem like pure science fiction, but it may be closer to reality that me think. Quantum teleportation is a very real technology, where quantum information is moved from one place to another with the assistance of entangled particles. It is not so much traditional ‘teleportation’ as we would think of it, but instead the transferal of an atom or particle’s exact information, it’s DNA, if you will.

A potential real-life teleportation chamber would work in a similar way. You could enter a chamber in one location where the particles that make you you would be scanned and the information sent to a chamber of identical particles in a different location. They would then assemble in the same way, the same information being stored and every cell accounted for. This has already been done, although only on the quantum scale with photons.

A few times in Star Trek history, characters have been able to travel back in time, most notably in movie IV: The Voyage Home. To achieve this, they would have flown their ship faster than the speed of light by using the massive gravity of the Sun or other celestial body to ‘slingshot’ their ship. It is well known in physics that the faster something moves through space, the slower it moves through time, and the ‘peak’ of this effect is thought to be the speed of light. Therefore, if you could go faster than the speed of light, you may theoretically go back in time.

One of the most famous tricks in the series is the technology used by the Klingons to cloak their ships, making them invisible to all sensors, including our eyes. In order to achieve this, the ship would have to absorb or deflect wavelengths across the electromagnetic spectrum, rendering it ‘invisible’. Rather than reflecting these waves back to be read by our eyes, they would continue on their way, and the cloaked ship would be adequately hidden.

Full impulse power is approximately 167,000,000 miles per hour, or 1/4 the speed of light, usually accomplished with a deuterium fusion reactor and Newton’s third law (for every action there is an equal and opposite reaction). Warp drive is considered faster than the speed of light, yet strangely has no effect on time and does not permit instantaneous arrival at a destination as a theoretical ‘wormhole’ would. Furthermore, it would take an infinite amount of energy to move an object at light speed, therefore rendering any travel faster than this impossible. Warp speed could theoretically work if spacetime itself was warped to bring two points closer together, but any travel at Star Trek speed is today considered impossible.