Boys Basketball is Upon Us! 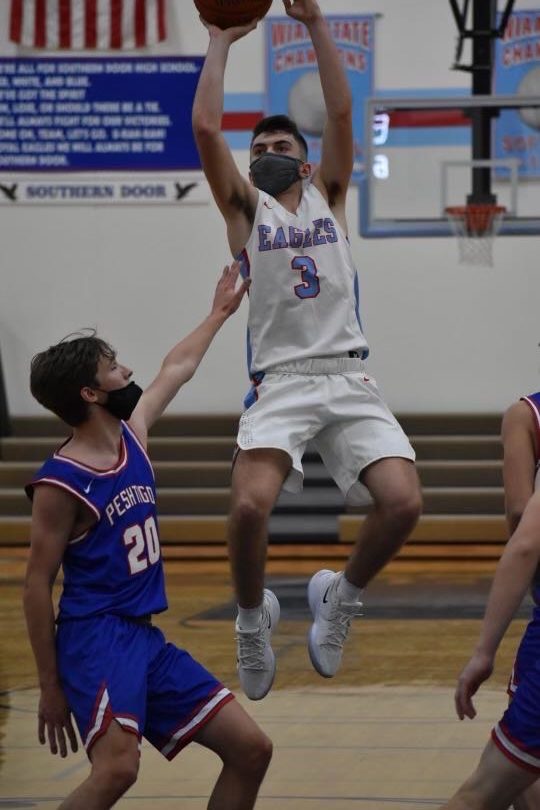 Southern Door Boys Basketball is upon us. As we look ahead to the upcoming season, we can see it being one of the more interesting ones in the past years. After finishing 16-6 overall and 15-1 in conference and ending the season with a loss to Brillion in the regional championship game, the team will look to rebuild morale with the few players that are returning from last year. Guards Nic Pierre and Jack Peterson, along with forward Jared Hawkey, will all be returning from last year’s varsity team.  With the loss of six seniors, people are rightfully wondering how the team is expected to compete this year.

Coach Josh Vandenbush says, “I think Nic Pierre is going to take on an expanded role… and guys like Jared Hawkey and Jack Peterson are going to taking that next step.” He also mentioned some key JV players (Taylor Schaefer, Jaden Diller, and Derek Schinktgen) from last year, hoping they could bring some effectiveness to the varsity stage.

“The team has their eyes set on an eighth conference championship and a deep run into the playoffs”, mentioned Vandenbush.  It could be more difficult than in years past with many conferences having strong teams this year. Teams like Kewanuee, Gibraltar, and Peshtigo are all looking strong this year according to Vandenbush, each one returning most of the key parts of last year’s teams. But the Eagles team isn’t shying away from the stiff competition this year. They are “talented enough and athletic enough to compete with any team in our conference,”(Vandenbush). With the fusion of experience and youth, this team is armed and ready to make another run for a conference title.