Girls Basketball is Up and Running 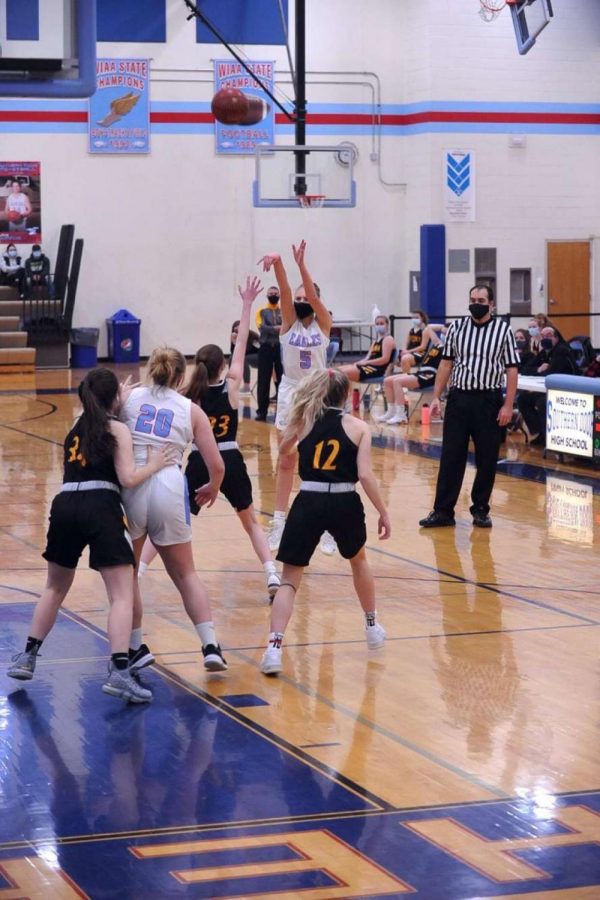 Southern Door girls basketball is up and running, and with the young talent this year they hope to build off of last year’s second place finish in the Packerland conference.  The team went 16-6 overall and 13-3 in conference, and ended up getting bumped out of the playoffs with a loss to Brillion.   After losing three key seniors from last season, coach Jason Shimon is looking towards his sophomores and freshmen to pick up some of the slack.  “We will need consistent contributions from Isabella Price, Payton Gilbertson, and Paige Olson…we also have very capable freshmen to help us this year,” said Coach Shimon.  The team has also been bit by the injury bug this year, after losing presumed starting forward Allianna Dufek to a devastating ACL tear during volleyball season.  Along with that, guard Callie Miller is in the middle of some pesky knee issues, but she is another player that is expected to have a very strong season her Junior year.  It’s evident that this team might have some growing pains during the season, but Coach Shimon said that if they “keep improving every game this year, then I would expect to be in the top half of the conference”.  They of course would be fighting with conference powerhouse Kewaunee again this year who is favored to win the conference, along with teams like Oconto and Sevastopol who also seem to have strong teams.  But Coach Shimon is hoping to beat a few of those top teams this year with his fast paced run and gun type offense, and troubling man to man defense.  All in all it should be a fun year for the lady eagles and their fans.