Treasures of the Deep: Shipwrecks of Door County 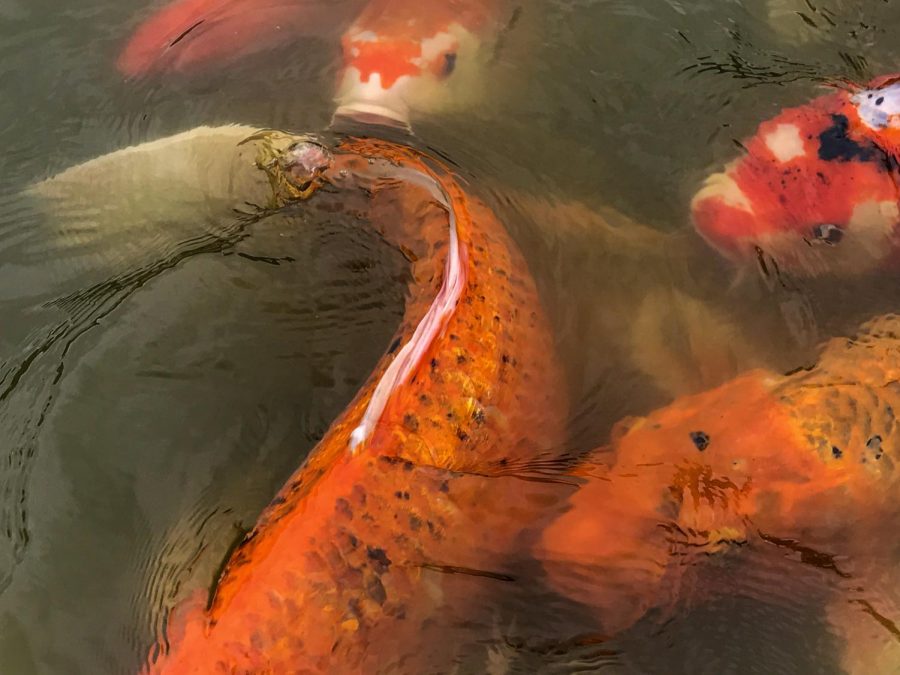 The Griffon is thought to be the first large sailing vessel on the Great Lakes, as well as the very first shipwreck. En route from Green Bay to Niagara, she sank somewhere between there, and her location is generally thought to be somewhere northwest of Death’s Door passage, near Poverty Island. It is every diver’s dream to find such a wreck, one that has been lost to history, and many claims have been made that the ship has been found. However, none have been proven, and most believe that she is still out there, waiting to be found.

After the Griffon, many more ships followed her fate. From schooners, to tugs, to steamers, to even a handful of whalebacks, the amount of wrecks  that lie on the bottom of the Lakes is astounding. Being a major ship-building and shipping area, Sturgeon Bay, Milwaukee, and the rest of Wisconsin’s east coast naturally had their share of accidents, and are home to some of the greatest shipwrecks in Lake Michigan. Here are some of the top five in and around Door County:

The steamer was making the long trek from Buffalo, NY to Milwaukee, WI with 3,000 tons of coal in her hold when the accident occurred, and a fire broke out. The captain ordered the ship to be steered toward shore, but before they were able to bring her to safety, the fire reached the rudder and steering mechanism, rendering the ship uncontrollable and unsteerable. The entire crew evacuated safely, but the ship itself was unsavable.

The Frank O’Connor is by far one of the most popular dive sites in Door County. With a moderately easy depth of 60-70’, the wreck is almost always buoyed. Upon descent, the massive engine and boilers are the first thing a diver sees, and the gigantic propeller is a tribute to the amazing size this ship once was. The stern provides the most entertainment for explorers, where the rudder, engine, boilers, and artifacts such as a giant wrench are all located.

The canal schooner Daniel Lyons was travelling out of Chicago with a cargo of wheat when tragedy, quite literally, struck. The schooner Kate Gillett collided with the Lyons, nearly slicing her in two, and it was instantly clear to her captain that the ship was about to go down. He demanded that the Gillett remain stuck where she was to prevent the wound from opening, and allowed his crew to leap aboard the other ship. At 4:00 in the morning, under an hour after the collision occurred, the ships separated and the Lyons sank to the depths. It is still unknown which captain is guilty for the collision and ultimately, the ship’s loss.

Today, the Daniel Lyons has collapsed inward and to one side, and is a treasure trove of artifacts amid the scattered wreckage.

The Ocean Wave was sailing with a cargo of stone when she was struck by a floating timber, ripping a hole in her hull and causing a leak. The crew evacuated the ship and rowed safely to land as the ship itself sank in a mere 20 minutes. The wreck is amazingly intact, complete with bowsprit and stern cabin, although the shifting sands periodically cover parts of the wreck. Time has taken its toll on the beautiful ship, however, as many fishing nets have been snagged on and have damaged the Wave over the years.

The Rouse Simmons, despite not being in Door County, is definitely worth being mentioned. This is the famed “Christmas Tree Ship”, and on its final voyage, the ship was carrying a cargo for which it would forever be known. There were no survivors of the wreck, and the ship simply never arrived at its destination when it was expected. But the signs were out there – evergreen trees washed up on shore, and with amazing luck, the captain’s wallet was pulled up in a fishing net. Because there was nobody left to tell the tale, we will never know for sure what happened to this famous wreck, but evidence has shown that is was sighted flying a distress flag from shore under clear conditions, but by the time a rescue crew made it out, the ship had vanished under the waves.

Today, the trees are still stacked neatly in her hold, waiting for eternity to arrive at their destination.

The Lakeland was carrying a load of cars when she was discovered to have a leak. Water gradually filled the ship, and no amount of pumping could remove it, until eventually the crew vacated the steamer. After the sinking, a case was brought to court saying that the ship and it’s expensive cargo had sank under suspicious circumstances, and that the Captain and the company he worked for had scuttled the ship because of their financial issues. Evidence was soon found that all of the ship’s seacocks had been opened before the ship went down, but the case was dropped before a verdict could be reached, as an out-of-court agreement had been made over the wreck.

Today, many old-fashioned cars still remain in her hold, and she remains a fascinating wreck to explore. 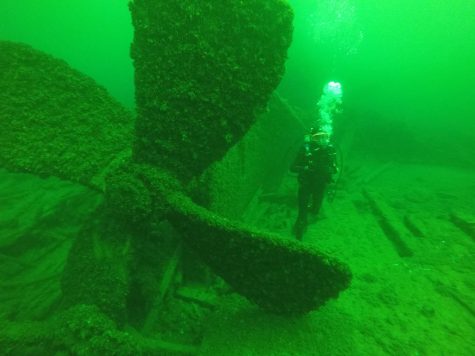